Skipper Roberts was Barbie's first family member in 1964. She is Barbie's younger sister. Skipper originally had titian hair (and sometimes blonde or brunette), but since 2011 she has had brunette hair with colorful highlights (usually purple).

In 1971, apart of the Sun Set line of dolls, Skipper became Malibu Skipper with suntanned skin and twist 'n turn waist. She had a new look, much like the Living Skipper of 1970, but with fuller lips. In 1975, Growing Up Skipper was released. When you swiveled the doll's arm, she grew small breasts on her rubber chest and grew taller in height.

In 1979 Skipper's entire appearance changed. She was advertised as "Super Teen Skipper." She had a new body mold which included small permanent breasts and a different head mold that made her look slightly older. In 1985, Hot Stuff Skipper was released, which had another new head mold that included dimples and a longer face.

Skipper changed again in 1988 with the release of Teen Fun Skipper. Her new body mold was taller and more graceful. Her waist was more flexible, and her breasts were slightly bigger. Her eyes were also enlarged, giving her a cartoon-like look. At this stage, she appeared to be somewhere between 13 to 15 years old. Later, Skipper had a new head mold with smaller eyes in a Pizza Party line, but with the same body mold. Many collectors believe that the 'Pizza Party' head mold was the most popular version of Skipper, if not the prettiest. Dolls with the 'Pizza Party' Skipper head mold and the 1960s head mold are the most sought-after Skipper dolls by collectors.

Finally, in 1997, Teen Skipper was introduced. She again had a new body mold and was now almost as tall as her sister Barbie. This was mostly because of her legs, which were now long and lanky. Most notable of all, however, was Skipper's new face mold. She no longer looked like a child but more like a girl on the brink of becoming a woman, appearing to be 16 years old.

In 2009, Skipper made a reappearance as part of a camping line of dolls. She retained the same face mold as the later Skipper dolls, albeit with a side glance. She also sported blonde hair with purple highlights. Another notable feature of the doll was her noticeable height decrease, which is more like the Skipper dolls from the late-80's and early-90's. She also shares the same body mold that many of the High School Musical dolls have.

In 2010, Target released an exclusive gift set for the Barbie "I Can Be..." bride line, in which Skipper appeared as a bridesmaid along with Kelly, with Barbie and Ken as the bride and groom. This doll features the same height and body mold as the previous camping doll, with a forward glance. The doll is not sold separately and can only be found in the Target gift set. The Skipper doll as of 2012, seem to be about 14-17 years old with brown hair and a blue, red. or purple streak. In 2018 she is 14 with a purple streak. As of 2018 Mattel has also given all of the sisters new personalities, with Skipper loving modern technology, sometimes coming with an iPod or phone, and she has an interest in creative photography. She is responsible, and often watches Chelsea and Stacie, so she decided to make a babysitting business. Skipper has been described as quiet. She wants to be a DJ, just like her friend Daisy.

In 1964, Skipper was made, along with Midge, to counteract that Barbie was a sex symbol. Skipper would appeal to little girls who wanted Barbie to have children, but Mattel made it her sister, being that Barbie would be too domesticated if she would be a mother at this time. In 1965, Skipper got two new friends: Skooter and Ricky. Some people argue that they look alike and are brother and sister. 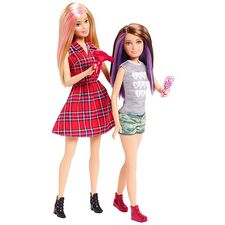 Skipper and her older sister Barbie 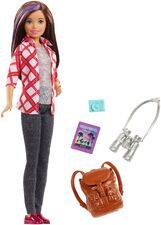 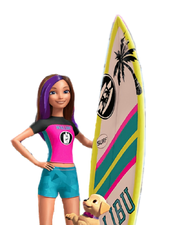 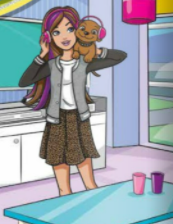 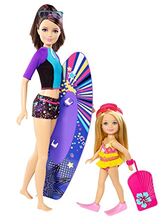 Skipper and her little sister Chelsea 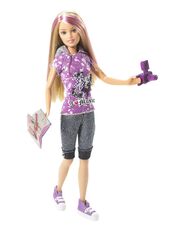 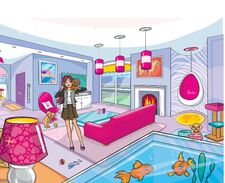 Skipper with her snorkel 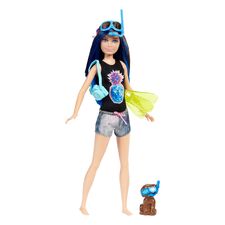 Skipper without snorkel and DJ with snorkel 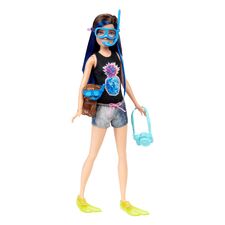 Skipper and DJ with snorkel 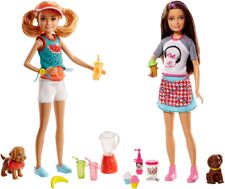 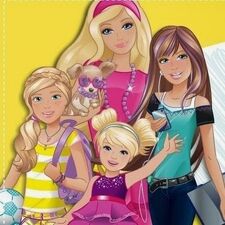 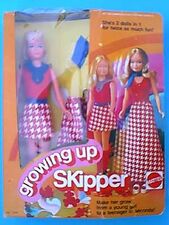 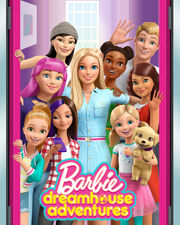 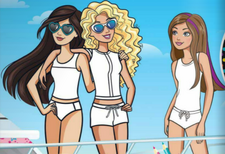 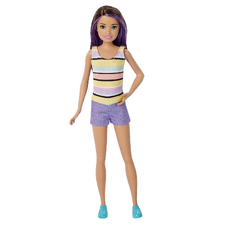 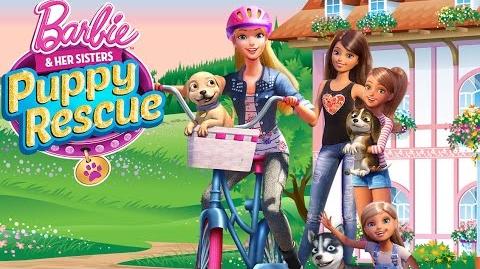 Barbie and Her Sisters Puppy Rescue 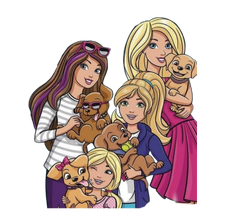 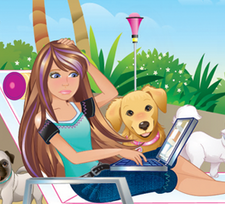