Kelly Roberts is the younger sister of Barbie, Skipper And Stacie and the older sister of Krissy.

Kelly was introduced in 1995 and retired in 2010. She was replaced by Chelsea in 2011. Kelly's body style changed around late 2008 to have less short and stubby arms and look older. Kelly is now featured in the "Barbie: I Can Be" toy line and the "Skipper Babysitters Inc" toy line. She was featured in various Barbie Movies and even had a Kelly's Dream Club Show. Kelly appears to be between 2 and 4 years old. Kelly has blond hair and blue eyes like Barbie. Friends of Kelly were made with different skin, hair, eye colors and names.

Kelly in her own show!

Princess Kelly Doll from Princess and The Pauper 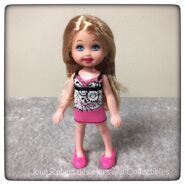 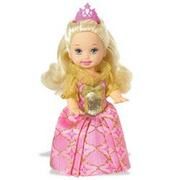 Kelly, Keeya, and Chelsie in their clubhouse at Kelly Club Everythinggirl website 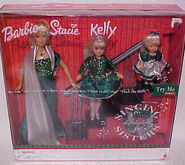 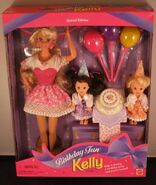 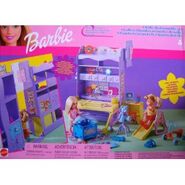 Add a photo to this gallery
Retrieved from "https://barbie.fandom.com/wiki/Kelly?oldid=29485"
Community content is available under CC-BY-SA unless otherwise noted.